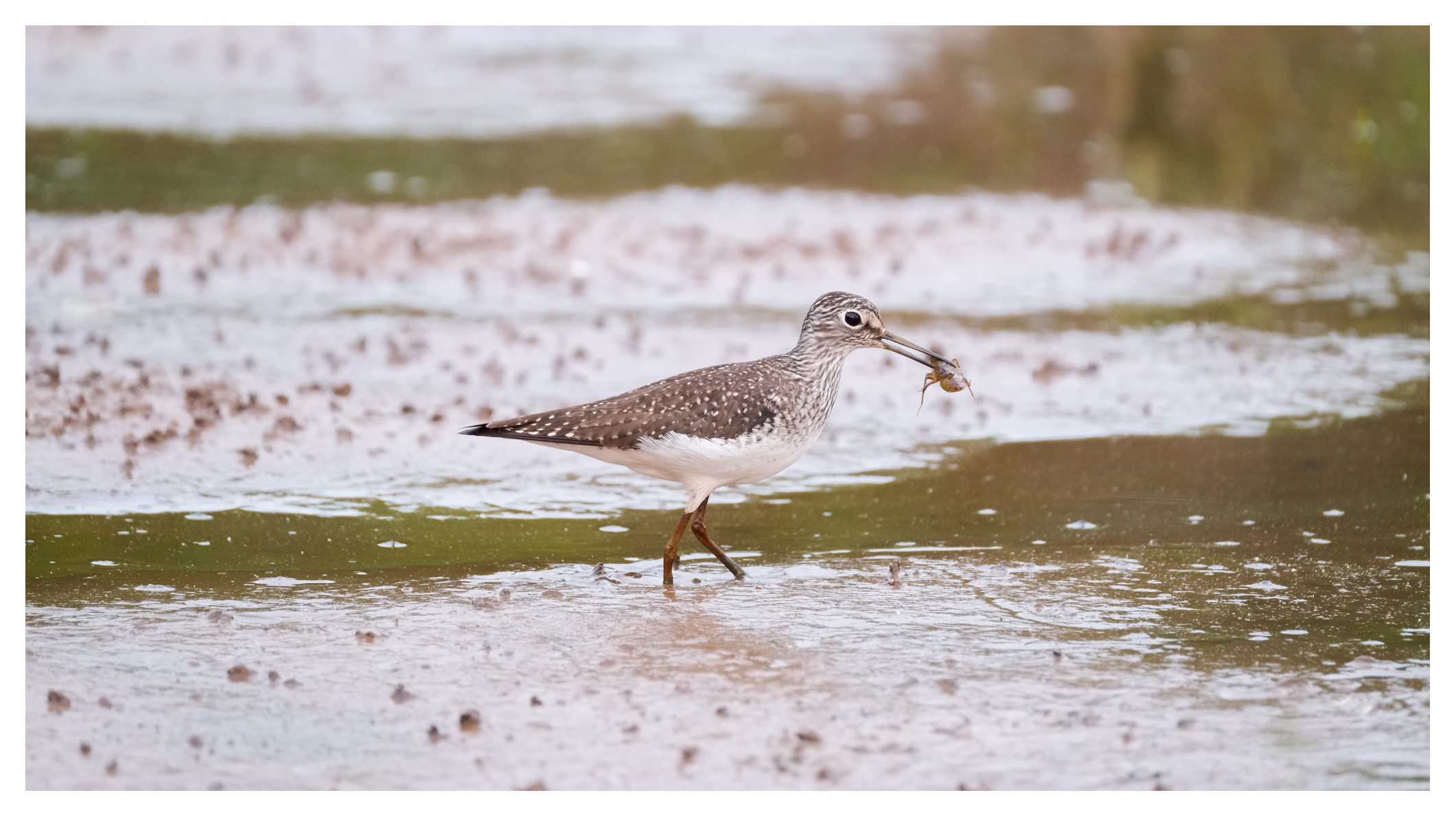 For the better part of 5 minutes, this Solitary Sandpiper was trying its best to deal with this beetle (?) that wouldn't sit still. Anytime the sandpiper would position the beetle in its bill, the beetle would begin to move and eventually struggle its way out and back to the ground in a desparate attempt to escape, the sandpiper trailing not far behind. The sandpiper made plenty of efforts to get the beetle to cooperate — there were multiple beetle body blows by bill to the ground — but the sandpiper did eventually prevail. I got more frames out of focus than in focus, but I was thankful that this frame turned out.