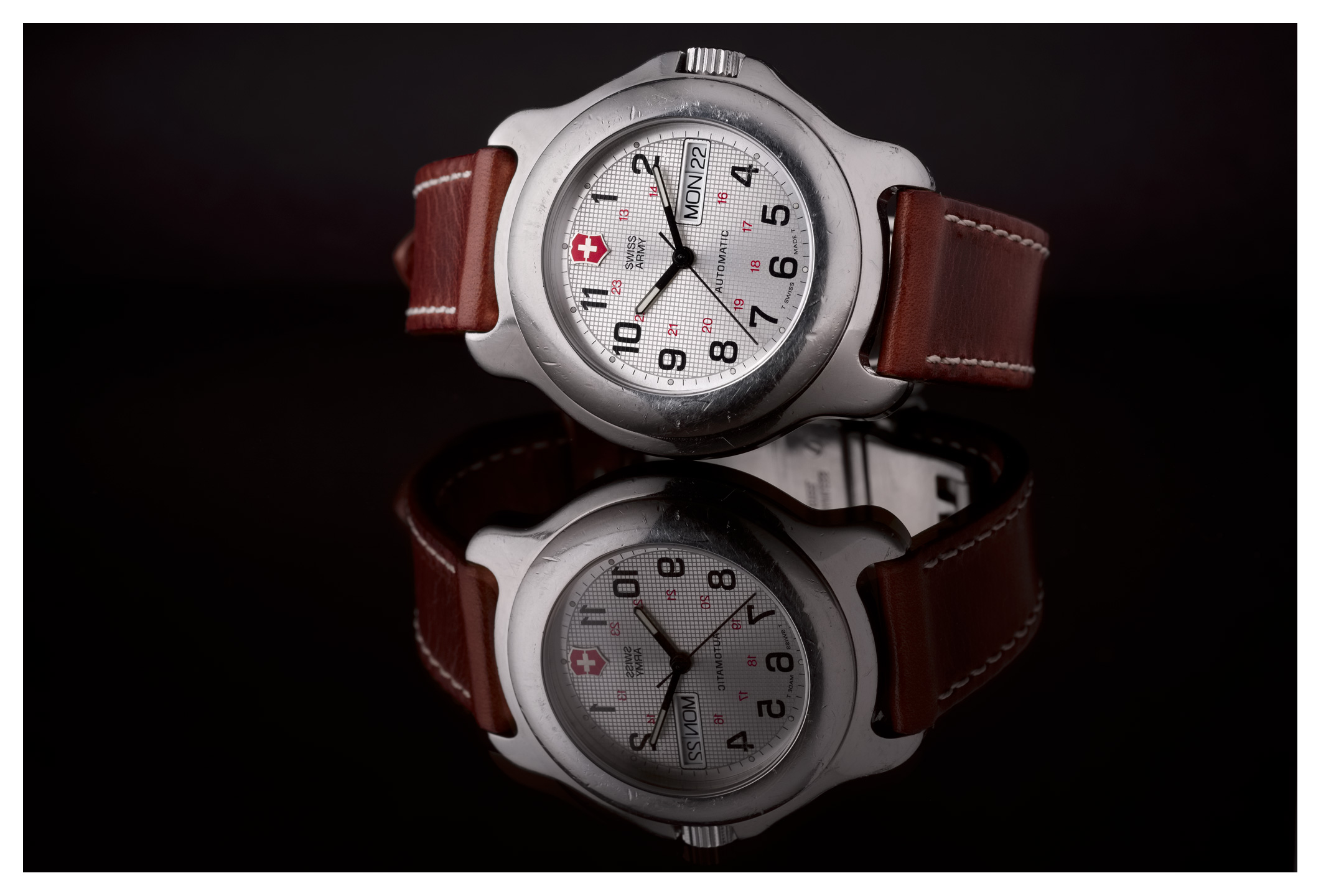 Watches and photography share a similar appeal. It's not unusual to find someone who enjoys photography that also enjoys watches, and vice versa. While a lot of effort could be spent teasing apart the nuisances of that relationship, I think a summary approach could be that watches tell a story just like photography. The photographs you take record an event and preserve those experiences for yourself and others to enjoy. The same can be said for the watch you wear. It can be a tangible artifact that reflects the stories and experiences from the person who wore it. Photographers will likely be able to tell you the moment that photography became a passion. Likewise for watch enthusiasts, there is often one watch that started it all. Having recently purchased the Fujinon 80mm f2.8 Macro lens for my photography, this gave me a good opportunity to explore the watch that started it all for me and one that I have worn near daily for the past 23 years: my Swiss Army Officer's Day/Date Automatic.

Gifted to me by my parents for Christmas in 1998, this was a significant upgrade to my then Timex Ironman. Having worn a quartz watch exclusively, the precise, mechanical movements that work in tandem to drive the time was endlessly fascinating, even more so with the exhibition case back displaying the ETA-2836 movement. As a teenager new to this genre of watches, I was hooked. 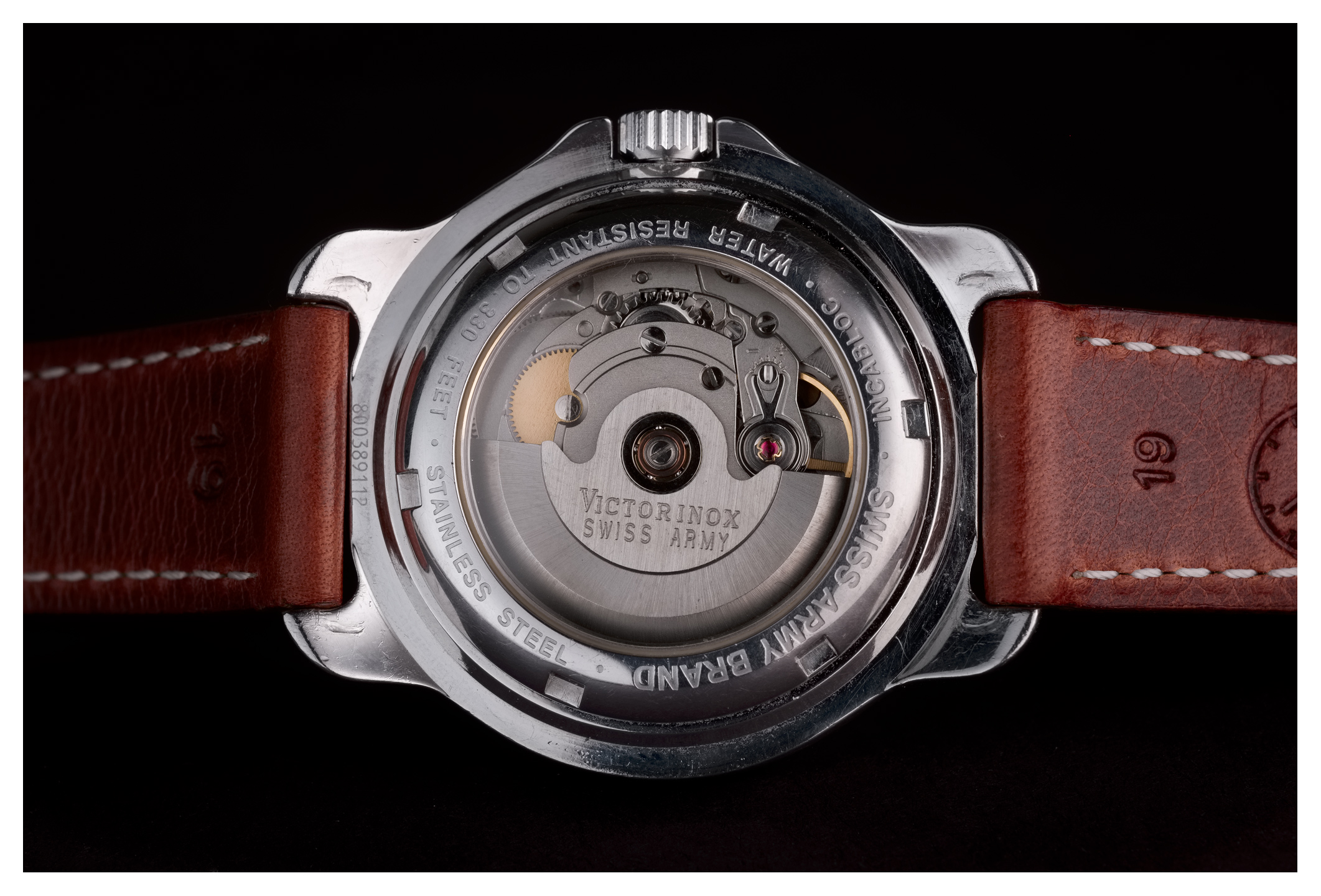 From that Christmas Day in 1998 to the present, I have worn this watch nearly everyday. And the patina shows. Originally a mirror polished case, two decades of use has dulled the finish. Despite decades of heavy use, the sapphire crystal remains as pristine as the first day I wore it and a great testament to how durable sapphire material is. So far, the only casualty has been the stainless steel bracelet. In fact, it was just recently that I had to officially retire the bracelet due to wear in the clasp that caused it to no longer remain secure. 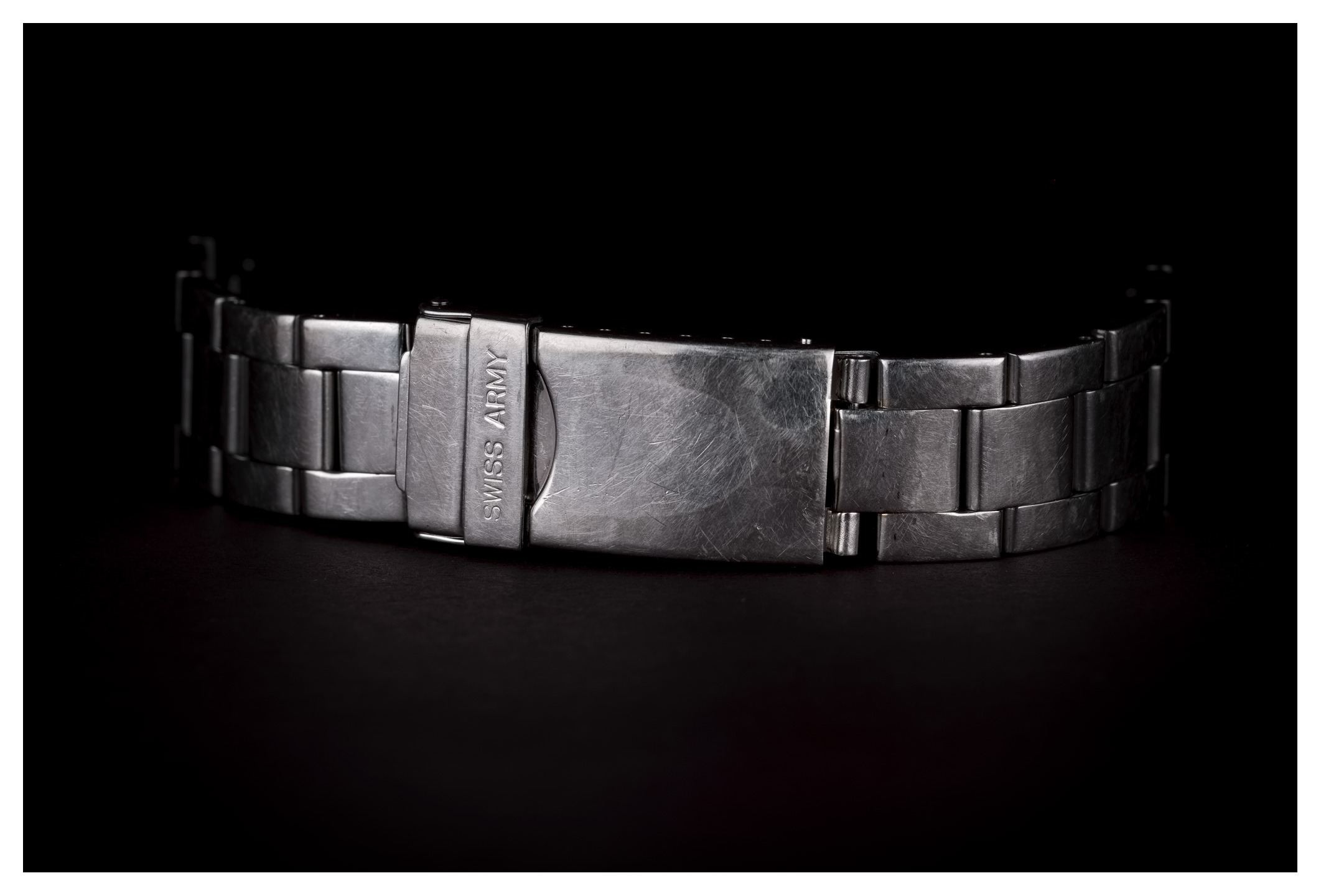 Compared to quartz watches, automatic watches aren’t as robust but I wore this watch all the same. This became my sole watch and any scenario I would have normally worn my Timex Ironman now became my Swiss Army. At the time, I didn’t know about issues with magnetism or sudden shocks to the movement. Looking back, there were many situations that were less than ideal for an automatic watch, but my Swiss Army survived and kept dependable time. 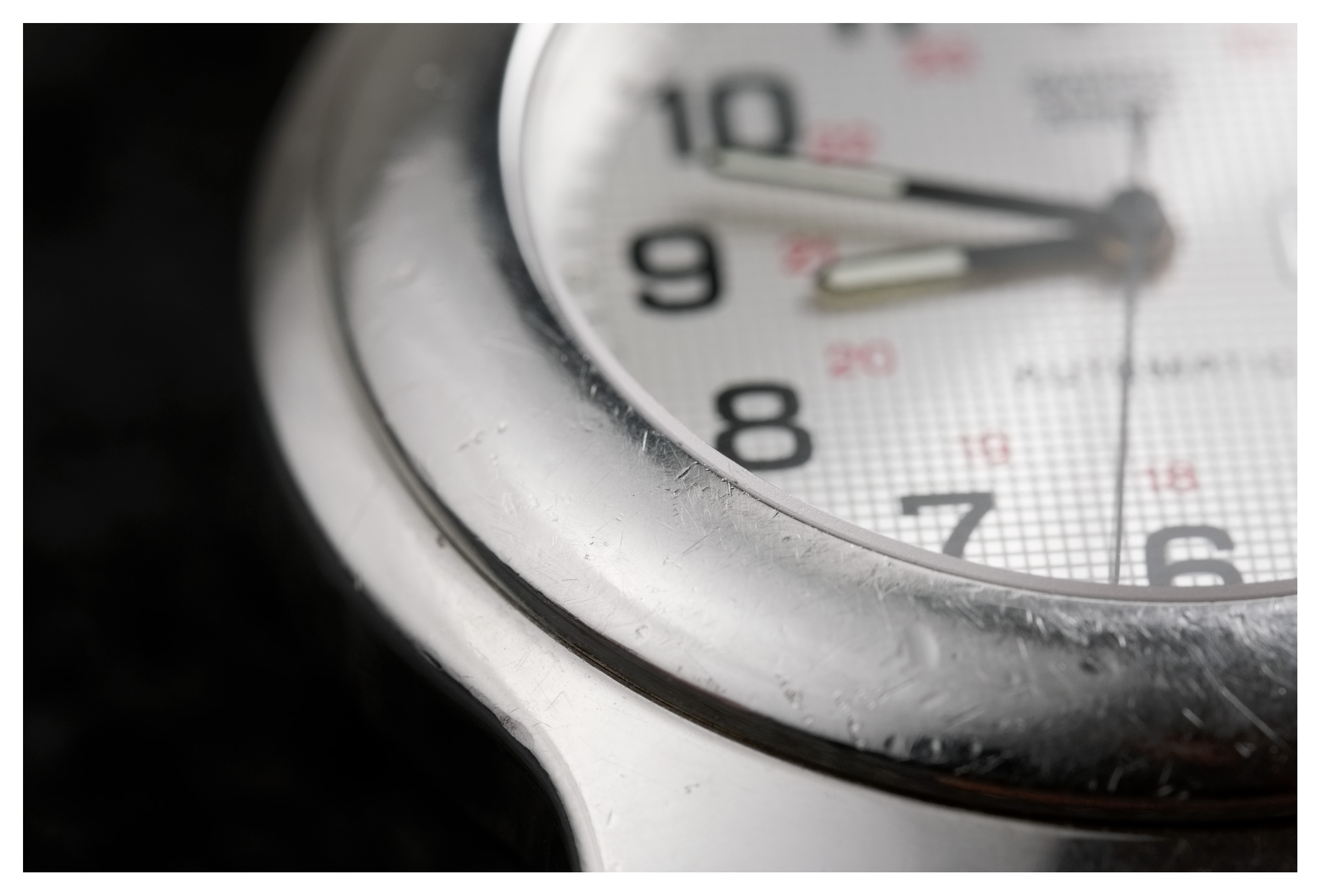 My watch was first serviced about 10 years later. Despite what little knowledge I had about automatic movements at the time, I learned that when a movement needs servicing you’ll know it simply because timekeeping becomes unreliable. For the first time the reality of owning an automatic watch set in; automatic movements can’t run reliably forever and you’ll need to consider having someone service the movement. While the cost of service was expensive at the time, I was more than willing to pay the premium simply because the intrinsic value of the watch far exceeded any monetary value. It was my first ‘real’ watch, gifted to me by my parents, that could be serviced back to like-new condition. To me, that is the appeal of an automatic watch. The watch, and with it the stories, can last you a lifetime with some occasional care. In a world where things are often built to be disposable and unrepairable, automatic watches are the antithesis of that culture.

Thirteen years later and my watch has gone through another service and back running again as if I had wound it for the first time, new out-of-the-box, on that Christmas Day in 1998. In that time, my watch collection has also grown; I’ve bought and sold more than I care to admit. Like many watch enthusiasts, you never truly stay satisfied. That’s what makes this hobby fun, or any hobby. However, I believe that every watch owner should have a watch like mine. A watch that you wear religiously, without concern for condition, that, with time, tells a story. 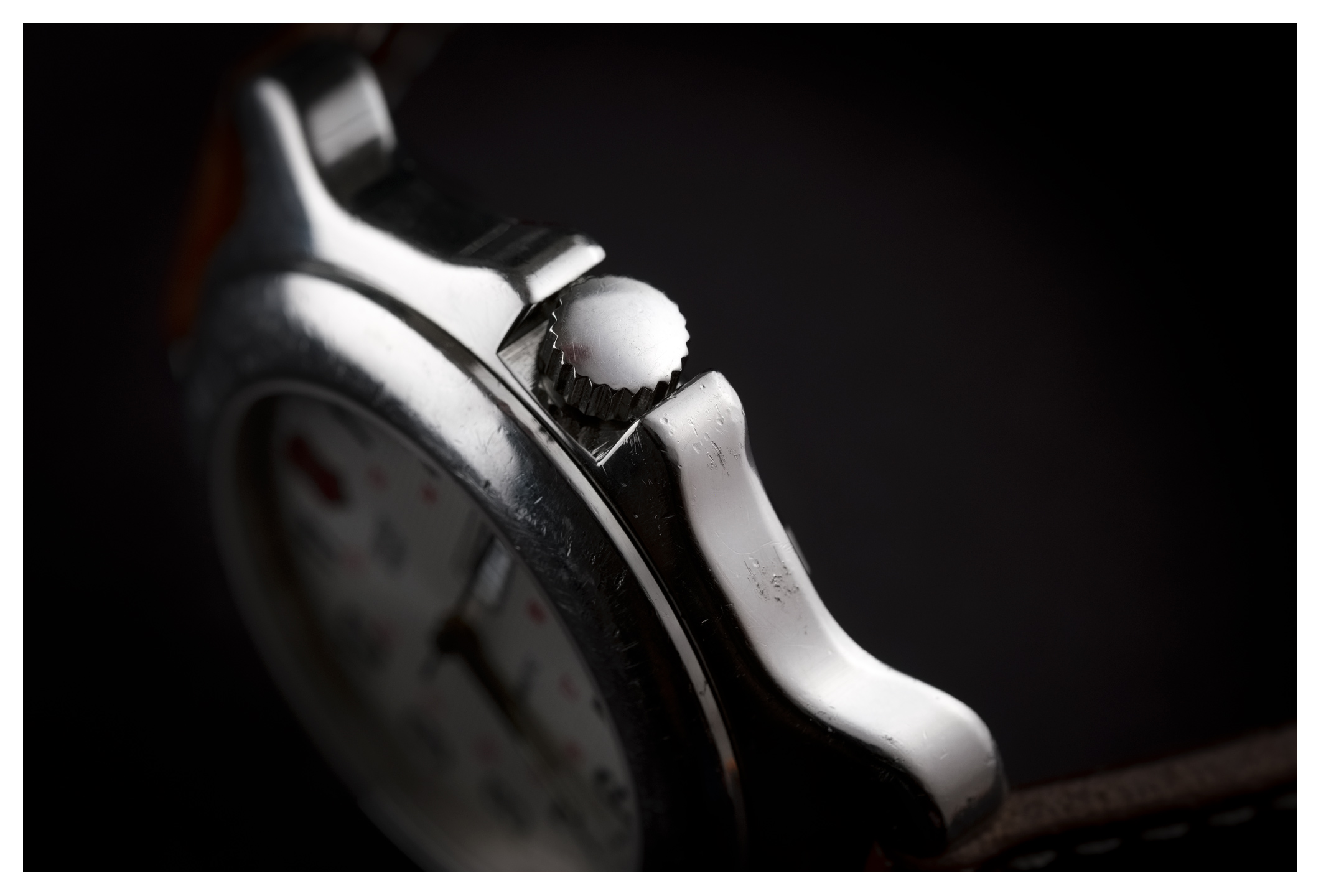